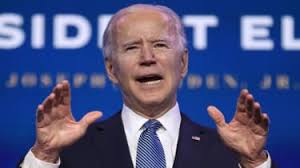 Ron Jhonson, Ted Cruz, Josh Hawley and a number of senators are the people chosen by God to uncover the crimes of the United States Presidential Election. America is a country founded directly by God. Currently democrats are trying to take over this country. Communists and socialists have hidden plans for a nation that obeys God’s rule.

In the times Thomas Jefferson, Jhon Adams, James Knox arrived in the era of Franklin Delano Roosevelt, there were democrats who feared God and understood that they weren’t what they are today .

Since George Washington was became president of America there have been 45 presidents who served and there were 4 presidents shot including Abraham Lincoln who was shot in New York, John F. Kennedy was killed in Dallas Texas November 22, 1963, President James A Garfield was assassinated by Charles J Guiteau. Besides that, the president of the United States who died was President William Mc Kinley of Ohio after being shot twice by Leon Czolgosz .

Nothing’s wrong, I think what Ted Cruz, Josh Hawley, Ron Jhonson and their colleagues did according to the American constitution. Don’t be bothered, if necessary, this step must be supported by members of the parliament and senate. this will save the sanctity of the presidential election and also preserve the reputation of the Republican party.

The steps taken by senators of the Republic are purely to seek the essential truth regarding the alleged fraud in the Presidential Election and this can be accounted for to the public. Remember! Politics in one second can change. so for Joe Biden, don’t be proud of the win on 3 November. God can reverse your victory.

If God intervened, the victory could be over. He knows what your plans are for America and how much you love this country. Remember, God can reverse Biden’s victory