Michael Flynn to Newsmax TV: Trump Has Options to Secure Integrity of 2020 Election 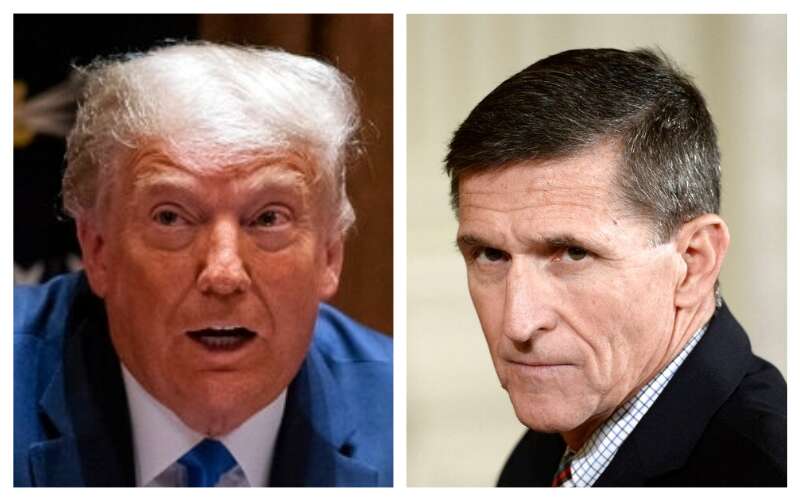 ESENSINEWS.com – Former national security adviser Michael Flynn says President Donald Trump has options to make sure the integrity of the 2020 election remains intact, including seizing voting machines around the country and using military capabilities to rerun elections in swing states.

”I don’t know if he’s going to take any of these options. The president has to plan for every eventuality because we cannot allow this election and the integrity of our election to go the way it is,” Flynn said Thursday during an appearance on Newsmax TV’s ”Greg Kelly Reports.’‘

”This is just totally unsatisfactory. There’s no way in the world we’re going to be able to move forward as a nation with this. …

”He could immediately on his order seize every single one of these machines around the country on his order. He could also order, within the swing states, if he wanted to, he could take military capabilities and he could place them in those states and basically rerun an election in each of those states. It’s not unprecedented,” Flynn added.

The Pentagon earlier this month dismissed nine Defense Business Board members and replaced them with 11 new appointments, including Trump loyalists Corey Lewandowski and David Bossie. Scott O’Grady, another appointee, shared conspiracy theories on Twitter that called the president’s loss to President-elect Joe Biden a ”coup.” He also voiced approval for martial law.

”These people out there talking about martial law like it’s something we’ve never done,” Flynn told Kelly. ”Martial law has been instituted 64 times. I’m not calling for that. We have a constitutional process. … That has to be followed. But I will tell you I’m a little concerned about Chief Justice John Roberts at the Supreme Court. We can’t fool around with the fabric of the Constitution of the United States.”

Trump pardoned his former national security adviser last month, ending a yearslong prosecution in the Russia investigation that saw Flynn twice plead guilty to lying to the FBI. As with the recent election results, the president has called the Russia probe a long-running hoax.