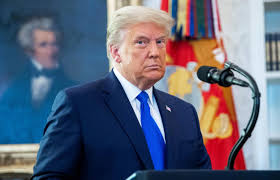 ESENSIEWS.com – President Trump vowed that he and his campaign “are going to continue to go forward” with their legal challenges against November’s election results, despite the Electoral College getting set to cast their votes on Monday.

Trump told “Fox & Friend”s in an interview that aired Sunday morning that even though the Supreme Court rejected a case brought by Texas against several swing states over their elections, he still has other challenges in play.

“No, it’s not over. We keep going and we’re going to continue to go forward. We have numerous local cases,” Trump said, claiming that he won Pennsylvania, Michigan, and Georgia, while noting that he has an ongoing case in Wisconsin.

When asked about Monday’s Electoral College vote, which is when the country officially elects the president, Trump recognized that he is under a time crunch.

“We’re going to speed it up as much as we can, but you can only go so fast,” Trump told Kilmeade at the Army-Navy football game Saturday. “They give us very little time. But we caught them, as you know, as fraudulent, dropping ballots, doing so many things, nobody can even believe it.” Trump said that there were votes cast in the name of dead people and that “tens of thousands of ballots” were illegally submitted.

The president said it was “a rigged election” and attributed this to local Democrats who “outsmarted” their Republican counterparts.

Trump said he worries about the U.S. “having an illegitimate president” due to alleged fraud.

“What happened to this country is we were like a third world country,” he later said.

When asked whether he would attend Biden’s inauguration, Trump would not say.

Trump also railed against the Supreme Court for refusing to hear the case where Texas claimed that Georgia, Michigan, Pennsylvania and Wisconsin unconstitutionally changed their election statutes via judiciary or executive fiat rather than their legislatures. The court said the state did not have standing to sue over this.

Trump himself was not a party to the case. The Supreme Court explained their decision, stating that “Texas has not demonstrated a judicially cognizable interest in the manner in which another State conducts its elections.”