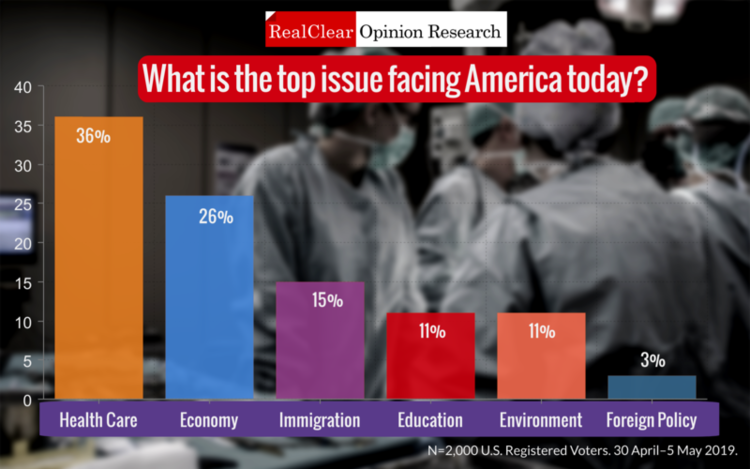 Health care has emerged as the top policy issue for American voters, according to a new poll containing detailed data suggesting that any political party ignoring this topic – or misreading the public’s mood on it – does so at its own peril.

With the political discourse in Washington and in the national news media dominated by Russian hacking, President Trump’s business dealings and possible impeachment, the new survey asks respondents to rank the policy issues they consider most important to America’s future. In a list that included five other topics — the economy, the environment, education, foreign policy, and immigration — health care came out on top by a significant margin: 36% of Americans ranked it first, and 26% listed it as their second choice. Only the economy (26% ranked it first, 25% second) was close. Americans continue to express broad backing for “Medicare for All,” a term of art embraced by liberal activists and leaders, including most of the Democratic candidates in the large field of 2020 presidential hopefuls. This support, documented in a new survey from RealClear Opinion Research, is especially pronounced among Democrats (82%), but is also strong among Independents, who favor it by a 2-to-1 margin. Even Republicans are evenly split.

“We know that health care was a primary driver of success for House Democrats in 2018, but what this poll shows is the importance this issue still holds in the 2020 cycle,” said John Della Volpe, polling director for RealClear Opinion Research. “It transcends party, ideology and generation.”

His data suggest that the demand for significant change is high. The survey asks respondents which of four statements comes closest to describing their view of the health care system in the U.S. The answers are bracing, especially for any politician still defending the status quo. The stark truth, then, is that seven times as many Americans consider the system irredeemable as those who believe it’s working so well that change is unnecessary.

The vast majority see some good in the system, but want meaningful changes. “Significant proportions of Democrats, Republicans, and Independents agree that the current system needs substantial reform,” Della Volpe. “The debate will be where to start, and how dramatic the correction.”

This poll was the third in a series of RealClear Opinion Research surveys that dig beneath the surface of our often-trivial politics. The first such survey, done a month before the 2018 midterms, detailed how the fault lines running through U.S. politics are deeper and more complex than the right-left divide that dominates the national discourse. The second poll explored whether the American Dream is alive and well in the United States. This one, which queried 2,000 registered voters from April 30 to May 5, examines the views — and sometimes internal conflicts — Americans harbor toward health care coverage and society’s medical safety net.

For starters, there is a disconnect regarding how people feel about their own health care situation, and what they think is going on in the rest of the marketplace. One of the first substantive questions in the survey was the following: “How would you rate the overall quality of your health care today?” In response, 20% of the sample said “excellent,” with 52% saying, “good.” Some 22% rated it “fair,” and only 6% answered “poor.” So 72% of Americans are pretty happy with what they have. Yet when asked to rate “the overall quality of health care other Americans receive today,” the results are significantly different:

Such a divergence is reminiscent of surveys showing that Americans have a very low regard for Congress as an institution, but a fairly high opinion of their own congressional representative. On health care, this contradiction can be explained by two factors, one charitable, the other provincial. The poll’s respondents favor expanding access to those whom they perceive as lacking access to quality health care. At the same time, they want to know that their current health care regimen, which they rate pretty well, won’t suffer. Another factor at play in Americans’ seemingly inconsistent views, however, can be explained by simple partisan politics.

Defending the Affordable Care Act or expanding it via Medicare for All have become the default positions of Democratic candidates at all levels — and these positions played a key role in the party retaking the House of Representatives last November. Meanwhile, Republicans are still trying to repeal or undermine Obamacare while alternately denouncing Medicare for All as “socialized medicine.”

The RealClearOpinion Research poll and other recent surveys suggest, however, that the debate has moved on — and that the GOP hasn’t necessarily kept pace. Consider the answers to two questions about expanding Medicare: Poll respondents were asked whether they support or oppose Medicare for All, with two accompanying, and different, descriptions of what that entails.

The first question was this one: “Do you support or oppose Medicare for All, which is a system where all Americans, not just older ones, get health insurance through the government’s Medicare system? Nearly two-thirds of respondents answered yes, with only 27% opposed (and the rest undecided). When the description of the proposal was phrased in a different way — that Medicare for All entails the end of their existing health insurance, which is what several prominent proponents have conceded — support for it ebbed, but not by as much as Republicans might think.

“Do you support or oppose Medicare for All, which is a system that will eliminate all private health insurance companies, and where all Americans, not just older ones, get health insurance through the government’s Medicare system?” Even with that caveat, 55% were in support, with 34% opposed. Nevertheless, Republican strategists, including some in the White House — as well as many moderate Democratic Party officeholders — are convinced that Medicare for All is a losing issue. Specifically, they believe that in the hothouse of a political campaign, conservatives will be effective in pointing out that by making it a federal government program, Americans wouldn’t only lose their existing health insurer, they would be likely to lose their doctors, too, and would have to pay much higher taxes to fund it. Perhaps this is so, but some prominent White House policy advisers have concluded that the administration must produce its own alternative to Medicare for All if it wants to counter the liberal argument, which nearly half of Republicans are open to supporting.

Are there enough open minds in our polarized electorate to sway voters’ opinions? Perhaps. Americans were fairly candid in the latest poll in admitting that there’s much they don’t know about this subject. Asked if they feel “very well informed” about Medicare for All, only 23% answered affirmatively. Half of the respondents said they “know a little but could learn more,” while 20% said they know “very little” — and 7% admitted they know nothing. Although the significance of this knowledge base is hard to gauge in political terms, it may be worth noting that more Donald Trump voters (32%) say they feel “very well informed” about Medicare for All than Hillary Clinton supporters (20%).

The toll of ever-rising medical costs may mean that Americans are more willing to view health insurance as a government responsibility. Clearly, Americans find the current system too expensive. Asked if they or their families have been “financially burdened” by medical bills in recent years, fully 44% of respondents in the poll answered yes. The poll also found a striking generational divide: Voters 65 and older – those covered already by Medicare – feel far less “burdened” by health care costs than millennials, a growing and increasingly significant cohort of the electorate. And when poll respondents were asked to rank their three top priorities for improving health care, lowering costs beat out expanding availability. This series of questions also revealed some interesting divides, although the differences were ideological more than generational.

Independents, fittingly, are in the middle. Like Republicans, their first and third choices were lowering overall costs and drug prices, respectively. But in second place, Independents chose expanding access. This is not necessarily a surprise. A strong strain of altruism runs through this survey. The most explicit manifestation of this phenomenon came in response to a question about what Americans believed the effects of Medicare for All would be. The answer, essentially, was that a plurality thought it would help “other Americans” more than themselves – yet they still favor it.

Finally, Americans remain an optimistic people, even regarding an issue as complicated and fraught as health care. By a margin of 2-to-1, voters expressed the view that health care quality will improve in the next 20 years. How so? Well, we’re a nation of futurists, apparently. Technology companies, and not traditional health care providers, are seen as the greatest driver of improvement.

Asked their views on institutions and industries that will “improve the quality” of health care, Congressional Democrats beat out Republicans: 40% of respondents said Democrats will make it better, with 33% saying they’d make it worse. Republicans were under water on this question, with nearly the reverse numbers. Fortune 500 companies came out the worst, while pharmaceutical companies and health insurance firms were nearly even between improving and making matters worse. The best? Technology companies, life science businesses and biotech firms led the way. In other words, Americans have seen the future, and it works. Moreover, when it comes to an issue they see as integral to our personal, public and civic health, they expect an activist government and innovative private sector to work together to get us there. 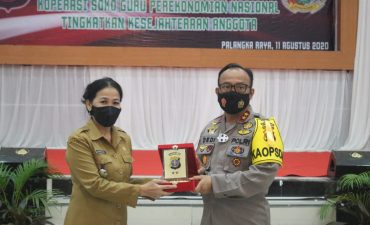 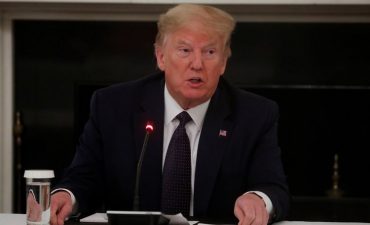 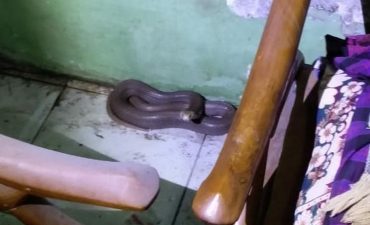 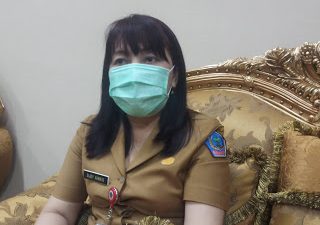 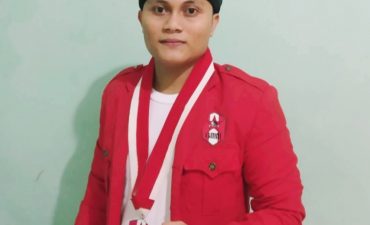 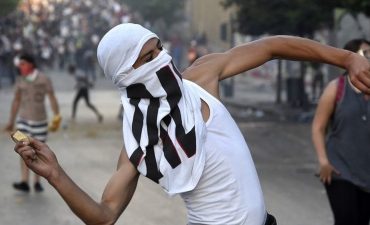 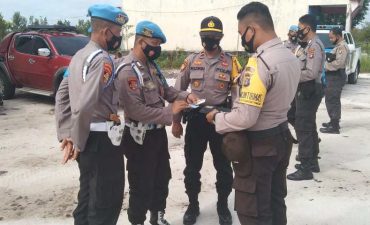 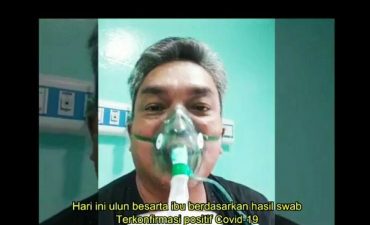