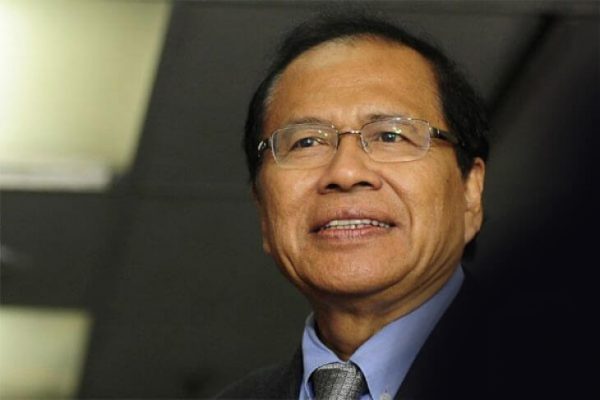 A slowdown in economic growth leads to a competitive 2019 election. President Joko Widodo was riding a wave of popularity a few months ago, with most pundits and pollsters predicting he would easily win a second five-year term in next April’s presidential election. Today, however, he looks increasingly vulnerable due to a slowdown in economic growth. That has prompted the president to backtrack on reforms and appease conservative Muslim voters, moves that may have made his situation worse.

Mr. Widodo’s signature policies over the four years of his presidency include deregulation, e-governance, health-care and education subsidies for the poor, and a massive increase in infrastructure spending.

The emphasis on infrastructure will help reduce regional inequality in the long term, but at the cost of immediate economic returns. He earned kudos not only from Indonesians but also from credit-rating agencies and international institutions such as the World Bank.

Economic growth has stagnated at slightly more than 5% due in part to austerity measures, and recent national polls show more than 30% of voters haven’t decided which candidate to support. The main challenger, Prabowo Subianto—a retired general who ran in 2014 and lost by six points—is slowly rising in popularity. That’s causing consternation inside Mr. Widodo’s camp.

The president’s vulnerability helps explain his decision last month to select Ma’ruf Amin, a hard-line Islamist, as his running mate. The choice surprised most Indonesians, but there was a cold political calculus behind it.

By putting a conservative cleric on his ticket, Mr. Widodo tried to prevent the opposition from questioning his own religious credentials, as it did in the 2014 presidential election. Mr. Widodo is also hoping that Mr. Amin will persuade pious voters to support his ticket.

But those gains are unlikely to materialize, and the choice could even cost Mr. Widodo votes. Islamists are likely to question the president’s sincerity, while moderate voters—the overwhelming majority—will be put off by the risk of Mr. Amin gaining a voice on policy as vice president.

The moderate majority has good reason to be concerned. Mr. Amin, a 75-year-old Islamic scholar, heads the Indonesian Ulama Council, or MUI, and holds a leadership position inside the Nahdlatul Ulama, the country’s largest Muslim organization. He has a long history as an advocate of sectarian agendas, including the imposition of Shariah.

Mr. Amin has helped boost the Islamists’ influence within all the major parties. He has called Ahmadiyah and Shiite Muslims “deviants” and backed campaigns to restrict their activities. He lobbied for limits on the construction of places of worship for minority religions.

As head of the MUI in 2016, Mr. Amin led a protest campaign against Jakarta’s popular ethnically Chinese governor, Basuki Tjahaja Purnama. He accused Mr. Basuki, a Christian, of blaspheming Islam when he told a campaign rally that the Quran did not prohibit Muslims from voting for non-Muslim candidates. A court removed the governor from office and sentenced him to two years in jail.

Mr. Basuki was Mr. Widodo’s protégé, serving as deputy when he was Jakarta’s governor and continuing his reforms. The president’s new alliance undermines his popularity with Mr. Basuki’s admirers as well as the ethnic-Chinese and Christian communities.

Mr. Uno’s youthful credentials have not been lost on Mr. Widodo. Starting not long after the businessman joined the race, the president began trying to portray himself as a “cool” politician. In a strange video released by his campaign, a man resembling Mr. Widodo (actually a Thai actor) performs daring motorcycle stunts. At a recent World Economic Forum meeting in Hanoi, Mr. Widodo discussed trade by making analogies to a recent “Avengers” film.

Mr. Widodo may be adept at using the media to connect with voters, but the challenges he faces can’t be solved with slick marketing. Rather, the 2019 Indonesian presidential election will revolve around the economic slowdown.

The country’s sliding currency is Mr. Widodo’s Achilles’ heel. The rupiah has fallen to levels not seen since the 1997-98 Asian financial crisis, and with the Federal Reserve likely to continue raising short-term interest rates, there is no relief in sight. Anxieties over President Trump’s trade wars will also continue to cause emerging economies with large current-account deficits such as Indonesia to suffer more downward pressure on their currencies.

Mr. Widodo’s weakness on the economic front has given the Prabowo-Uno ticket a major opportunity, and its campaign team is focusing on bread-and-butter issues. Should inflation start to take hold, undecided voters could decide to throw their allegiance behind Mr. Prabowo.

Mr. Widodo’s chances of winning a second term will improve if he takes bolder reform measures. First, he needs to improve the investment climate, especially for foreign direct investors. South Korean, Japanese and Taiwanese companies are looking south as they start reducing their investments in China as a result of the U.S.-China trade war. Vietnam, which has a more friendly investment climate than Indonesia, has benefited most from this trend. And Mr. Widodo needs to stabilize the rupiah to reduce inflation—in particular for food, because this has the greatest impact on voter sentiment.

Medicare for All’ Support Is High … But Complicated